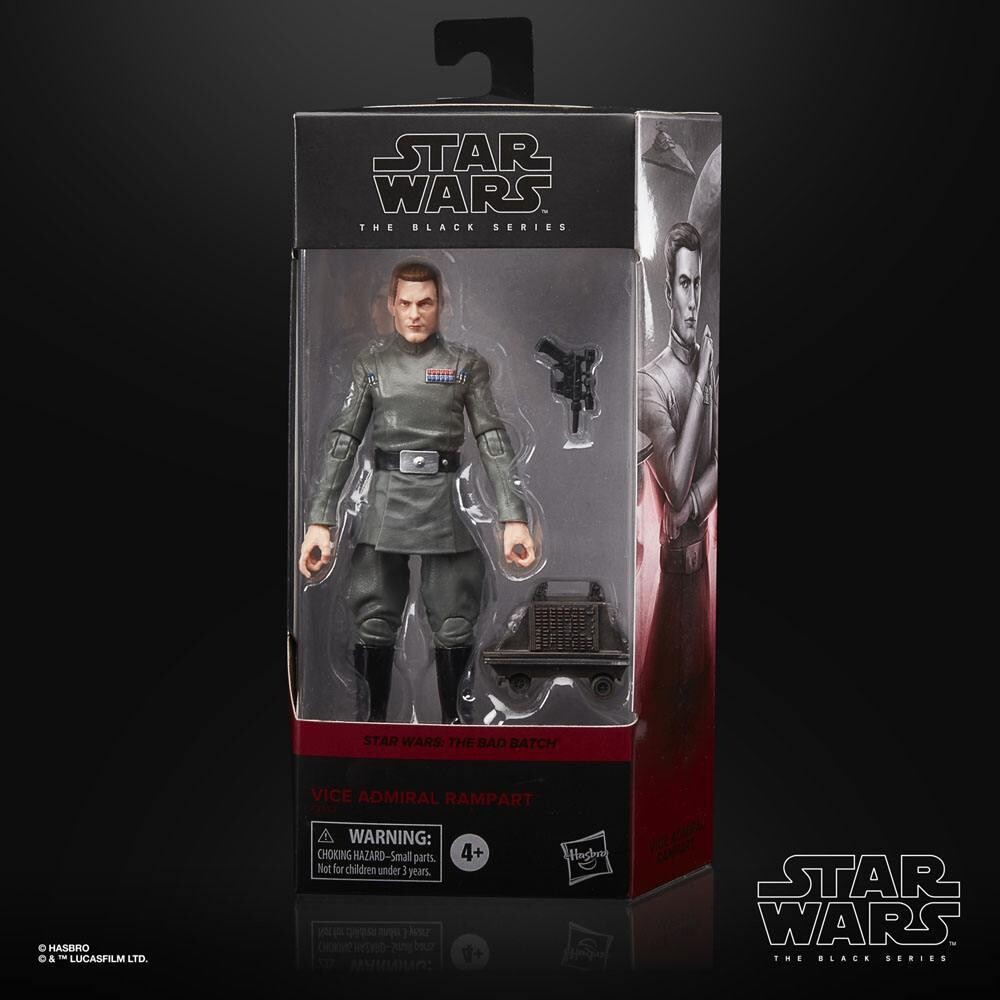 Vice Admiral Rampart has eagerly taken his role in the new Galactic Empire as it aims to instill order in the galaxy.

The 6-inch-scale Black Series figure is detailed to look like the Vice Admiral Rampart character from Star Wars: The Bad Batch, featuring premium detail and multiple points of articulation.