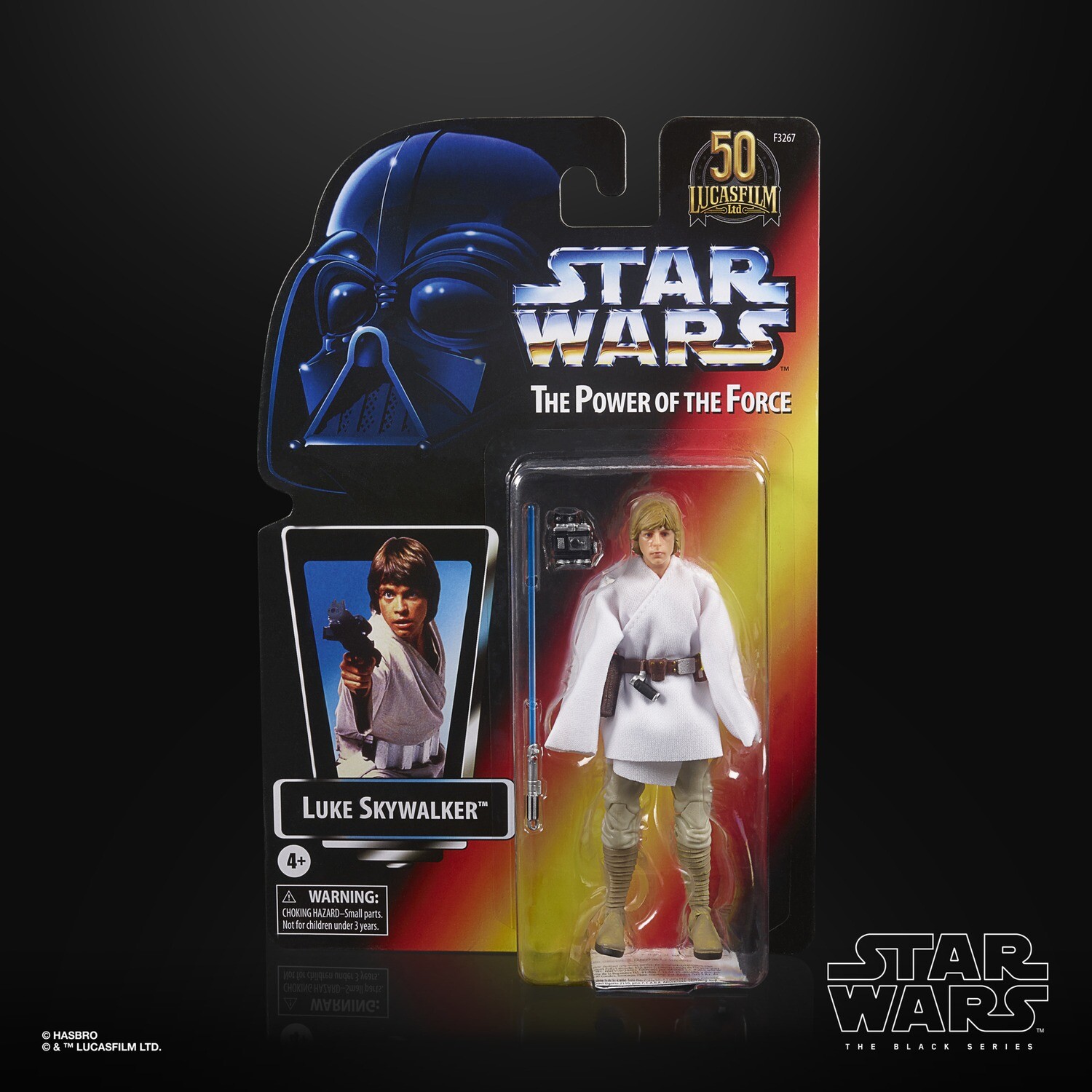 Luke Skywalker was a Tatooine farmboy who rose from humble beginnings to become one of the greatest Jedi the galaxy has ever known
Commemorate the first 50 years of Lucasfilm with figures inspired by the original Star Wars trilogy featuring Star Wars The Power of the Force-themed packaging (Each sold separately. Subject to availability.)
This Star Wars The Black Series action figure comes with 2 detachable entertainment-inspired accessories, including binoculars and Lightsaber
Star Wars fans can display this fully articulated figure featuring poseable head, arms, and legs, as well as premium deco, in their action figure and vehicle collection
Look for movie- and entertainment-inspired Star Wars The Black Series figures to build a Star Wars galaxy (Each sold separately. Subject to availability)