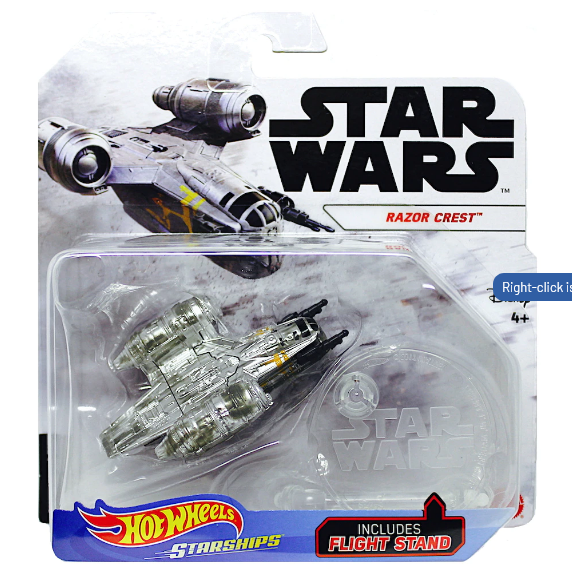 00001
€20,65
The icon ship from season 1 and 2 from The Mandalorian
In stock
1
Product Details
Merk: mattel
Jaar: 2021
Conditie artikel: new / case fresh from a factory sealed case

Two of the most iconic brands in adventure — Hot Wheels and Star Wars — have formed an alliance! Launch into hyperdrive with some of the most iconic starships from Star Wars, brought to you by Hot Wheels. Kids will love re-creating some of the galaxy’s most epic battles and fiercest showdowns with these detailed die-cast starships. Starships are compatible with Hot Wheels Star Wars play sets (sold separately), so kids can build an entire galaxy of play! Each sold separately, subject to availability. Not for use with some Hot Wheels sets. Colors and decorations may vary.