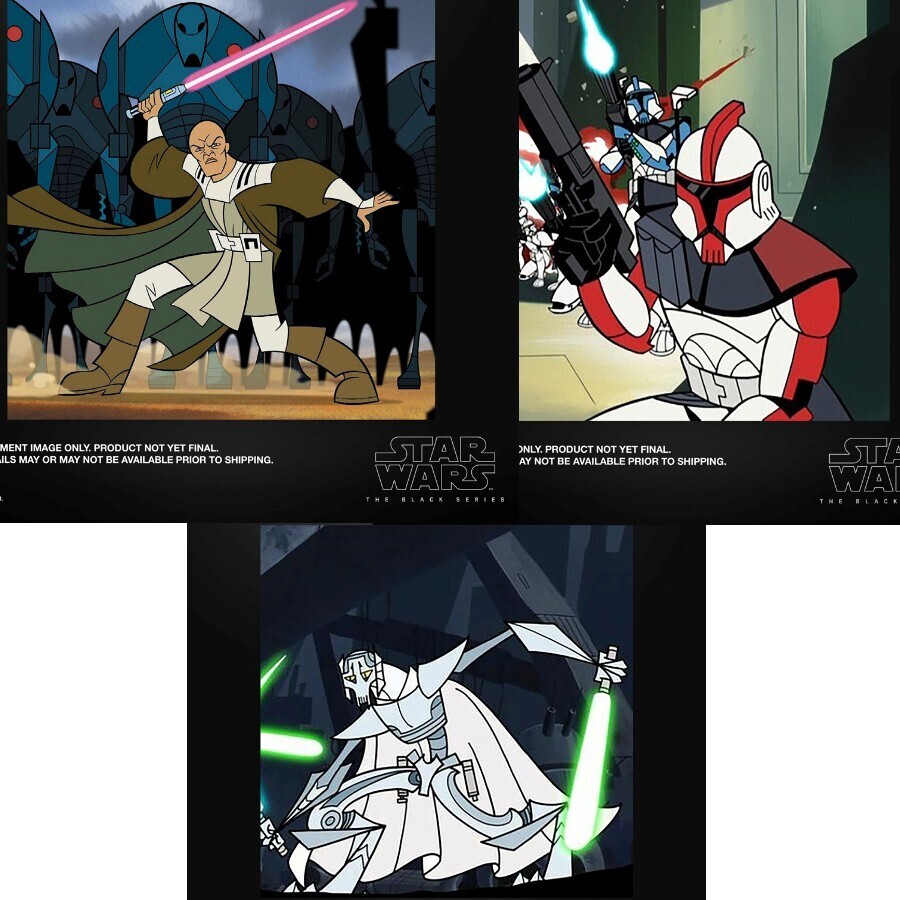 General Grievous was a brilliant Separatist military strategist and a feared Jedi hunter, known for his ruthlessness and hacking cough
A grim Jedi Master, Mace Windu was the champion of the Jedi Order, with little tolerance for the failings of the Senate, the arguments of politicians, or the opinions of rebellious Jedi

Advanced Recon Commandos, also known as ARC Troopers, are elite clone troopers who are considered the best of the best in the Grand Republic Army

Kids and collectors alike can imagine the biggest battles and missions in the Star Wars saga with figures from Star Wars The Black Series! With exquisite features and decoration, this series embodies the quality and realism that Star Wars devotees love. Star Wars The Black Series includes figures, vehicles, and roleplay items from the 50 year legacy of the Star Wars Galaxy, including comics, movies, and animated series. (Additional products each sold separately. Subject to availability.)