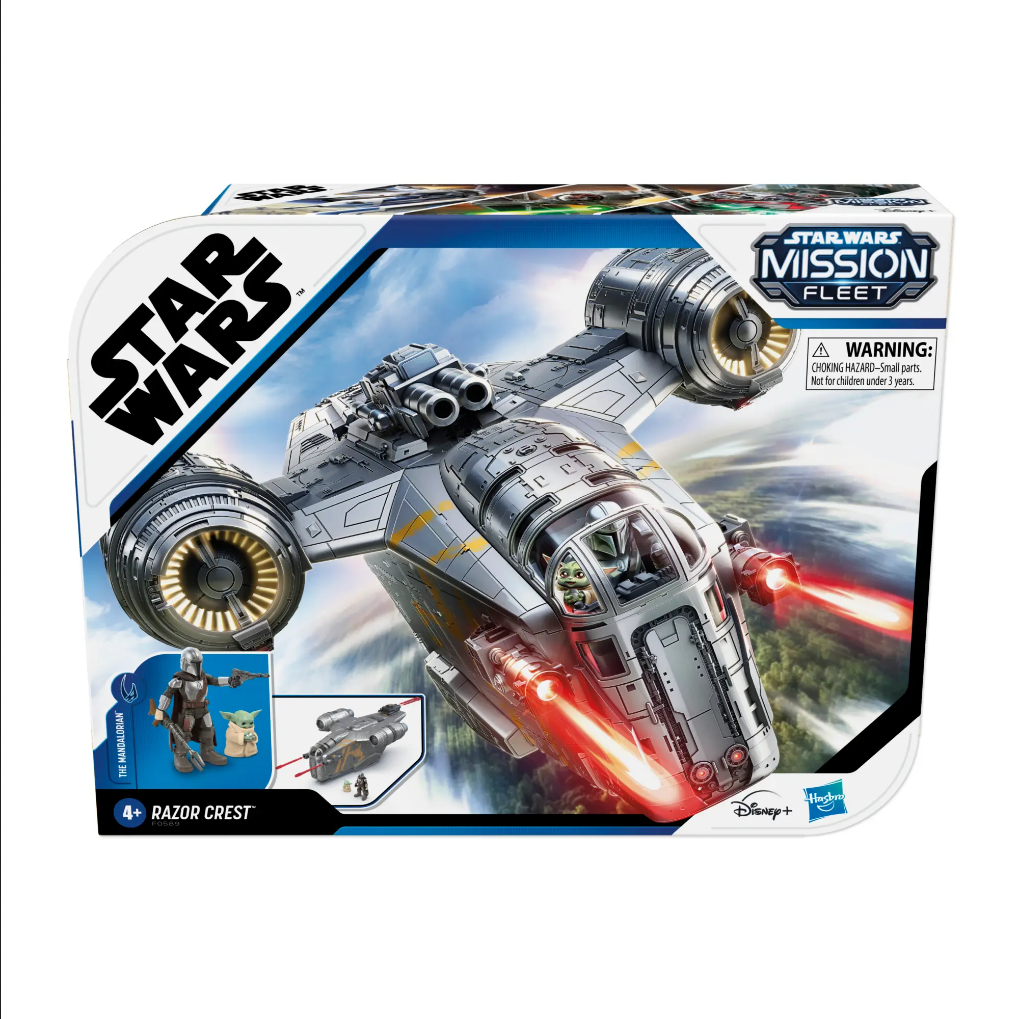 The Mandalorian is a formidable bounty hunter protecting The Child (Grogu), a mysterious alien pursued by bounty hunters on behalf of Imperial interests. The Razor Crest is his trusty transport and living quarters.

locker, 6 blaster accessories, and jetpack accessory, this kid-friendly Deluxe Vehicle makes a great introduction to the Galaxy of Star Wars or kids ages 4 and up!